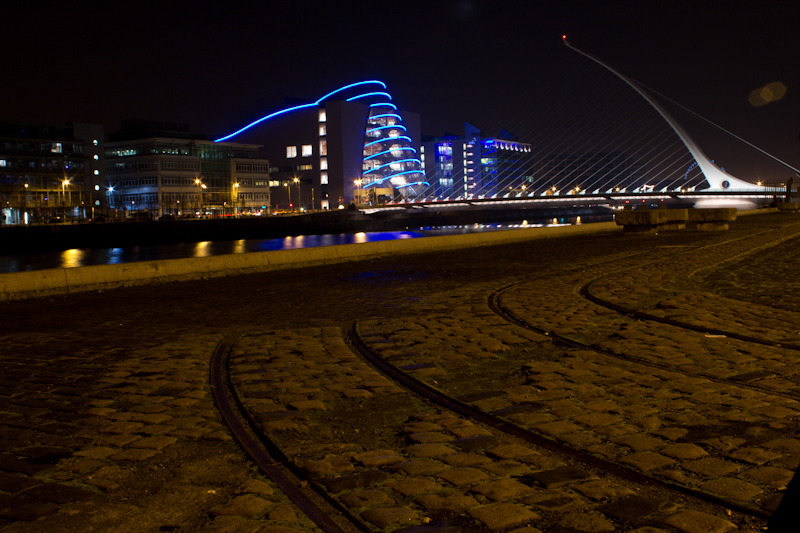 Was out taking a few photos this evening of the Conference Centre, which was being lit blue as part of International Diabetes week. As we were walking along City Quay I stopped and looked back and noticed the old railway lines still in the pavement.

In days gone by these would have crisscrossed the quays on both sides of the river, allowing trains and wagons laden with goods easy access to ships and other vessels that docked in Dublin’s port. I thought it was an interesting contrast of the old and the new, with the Conference Centre and the Samuel Beckett bridge in the background.